Tracee Ellis Ross Can Hit The High Notes, Too 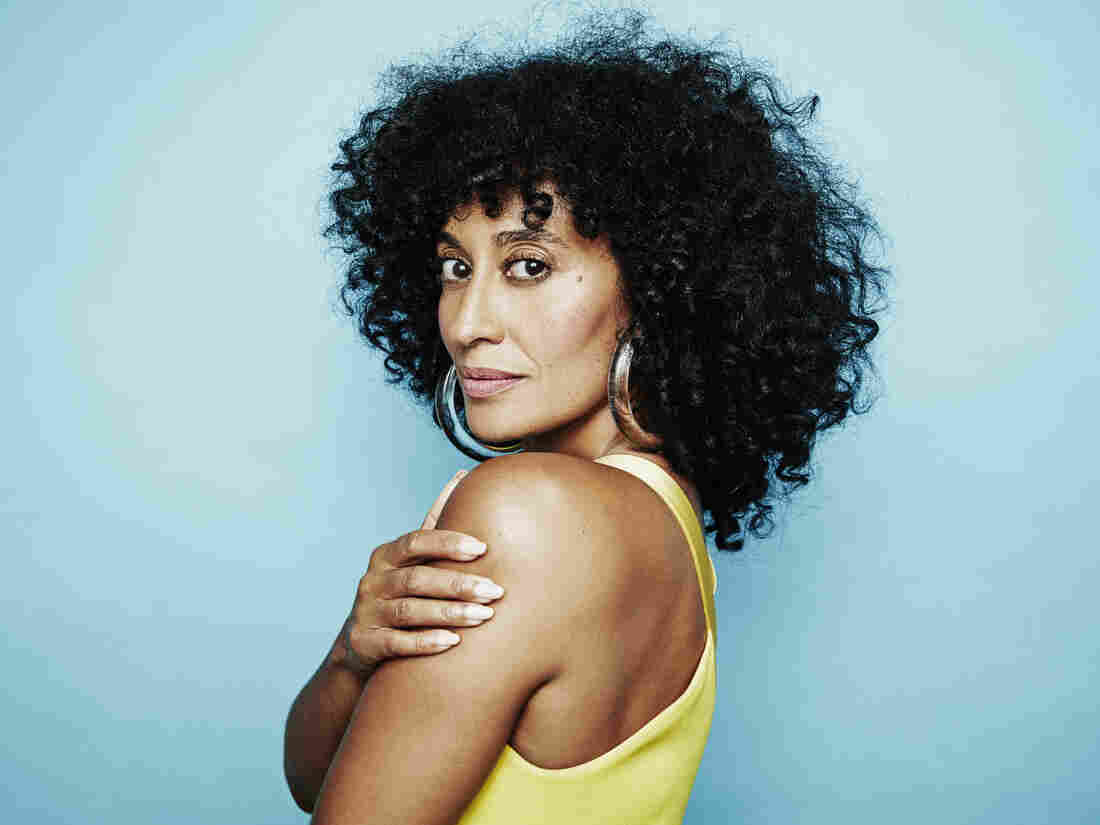 Tracee Ellis Ross stars in The High Note as a legendary singer who is running out of ideas. Meanwhile, her personal assistant, played by Dakota Johnson, has too many. Maarten de Boer/Courtesy of the artist hide caption

Maarten de Boer/Courtesy of the artist

Over her decades-long career, Tracee Ellis Ross has starred in beloved shows such as Black-ish and Girlfriends. But as she sees it, her latest role is her most daunting one yet. In The High Note, available to stream on Apple TV on May 29, she plays a superstar singer named Grace Jones, who’s facing career stagnancy. Meanwhile, Jones’ personal assistant Maggie (played by Dakota Johnson) has musical ambitions of her own as an aspiring producer.

When I spoke with Ross the other day, she told me that at the beginning of the movie, Grace finds herself at a crossroads. Does she keep doing the same song-and-dance over and over or does she take a risk and produce an album with all new material?

“First of all, it was so identifiable for me,” Ross says. “But Grace Davis is this woman who has reached huge success and she got trapped in something that worked and was giving her all of the people, places and things but wasn’t giving her the fulfillment of what she really wanted to be sharing.”

NPR’s Ailsa Chang spoke with Tracee Ellis Ross about fulfilling a life-long dream of singing, gate-keeping in the music industry and what her mom, singer Diana Ross, thinks of her latest endeavor. Listen in the audio player above and read on for highlights of the interview.

On the message of The High Point

What was really interesting to me about this story is how universally identifiable it is. I’m not, and most people are not, international icons. So not that part of the story, but the fact that so often we get to this place where we have a dream, a passion, a fire that we want to explore or experience and we either hear the naysayers, the societal pull to stay in your lane, or the personal fear of what it would mean to take a risk and possibly fail. And I really connected to that personally, with the singing. I’ve always wanted to sing since I was a little girl, and somewhere along the way I hid that part of me away. But also in my life, there are so many times where I go, “Is it worth the risk for me to do something that I know I want to try?” When you’re already practiced at being at who you are, it’s hard to put yourself in a position where you’re going to flail about. No one likes to fail, and yet the failing is the thing that makes us grow.

On the relationship between Grace and Maggie

One of the things I love so much is that this is a movie about two women and they’re not pitted against each other. They’re definitely in their roles and in the positions that they’re in with each other, but there’s a safety between them and they’re both fighting against the same thing: the world’s idea of who they should be. There’s not many female music producers. And Maggie is trying to do something in a world that thinks she should be bringing them coffee. That’s the appropriate place for an attractive young girl in the music world, is to be the one that’s servicing the people that are at the board. And Grace, we know what her journey is. So I love that dynamic in the movie because the truth is, it so much mirrors and reflects the life that I live and the people that I’m around.

My mom is an international treasure and has had great influence on my life and many people’s and has touched us deeply. I think the thing that was really interesting about how this role was written, which was one of the many things that drew me to it, is that so often in our culture we forget that those people that do incredible things, that touch us deeply and have such a big impact on our lives, are real people. That they’re human beings with hearts and fears and insecurities. And Grace was so beautifully written in that she wasn’t a caricature of that quote-unquote diva.

On being terrified to sing

The initial fear comes from the idea that that my mother has a very large voice, and her space in the world is taken up and she’s known because of her voice. So to step into my own voice, the fear of comparison, the fear of criticism felt daunting and huge. I had, on my journey in life, seen other children of [musicians] be shredded to pieces in terms of comparison, and why would you even try to take this leap? I understood that the fear that I have I came by honestly. It wasn’t something that I had made up. It was sort of like, could I tolerate the criticism and discomfort without it creating another wound in and of itself, and was it worth taking that risk? And it absolutely is and was, because it was a fire burning inside me, and it is a piece of my identity that for me, on my own personal journey, which is to wholeness and freedom, is an important element of me walking towards that, and not closing the door on any parts of myself even if it is terrifying to walk through.

On recording in a studio for the first time

The process in the recording studio was crazy. I’m a person who thinks I can sing, but I sing in the shower, I sing with the music in the car, I sing around the house, I sing jokingly, all of those things. So when I went into the studio with Rodney Jerkins, the first thing he said was “You’re going to have to trust me.” And I was like [sarcastically] “Okay, sure.” The first thing that happened was I got terrified and I shut down. And what I learned and have understood is vocal chords are a muscle; if you are tense, nothing is going to come out of you. You know when you’re nervous, how you can’t hear, your brain is like, clogged with fear? So I said, “You know what? I have to go to the bathroom.” And I went to the bathroom — I didn’t have to go to the bathroom — and I got down on my knees and I was talking to some higher power and I was like, “Listen I’m terrified and I need to give this over to somebody else.” And then I had a conversation with the little girl inside me. I was like, “This is what you’ve wanted. And I know that it’s scary, but let’s get out of our way, let’s just try it.”

And so I went back in. Then I remember when he first played me “Back To Me,” and I said to Rodney, “No way. You promise me you didn’t put any sauce on it?” He’s like, “There’s no sauce on this — I wouldn’t have even had time to put sauce on it between you coming out of the booth and coming in here to hear it.” Not only did it sound good and I was on key, it sounded like me! I realized I realized that my job was not to sound like anybody else. It would actually be weird if I sounded like someone other than me. My job was actually to tell the truth through my voice. Yes, I surprised myself and I was really tickled by the fact that it sounds like my talking voice, just a singing version of it.

On her mom hearing her music for the first time

My mom has not seen the movie but my mom has heard my music and she cried. It was really special. I picked her up in my car and we sat in our driveway because the car is a really great place to listen to music. “Love Myself” was the first one I played. She sat in the passenger seat and she was looking forward and she has lots of hair like me so I couldn’t see her face. But we were holding hands, and when the song finished she was like “Stop it, stop it for a second.” She looked at me and there were tears all over her face and she said “Finally. Finally.”

Mallory Yu and Sarah Handel produced and edited the audio of this interview. Mano Sundaresan adapted it for the Web.