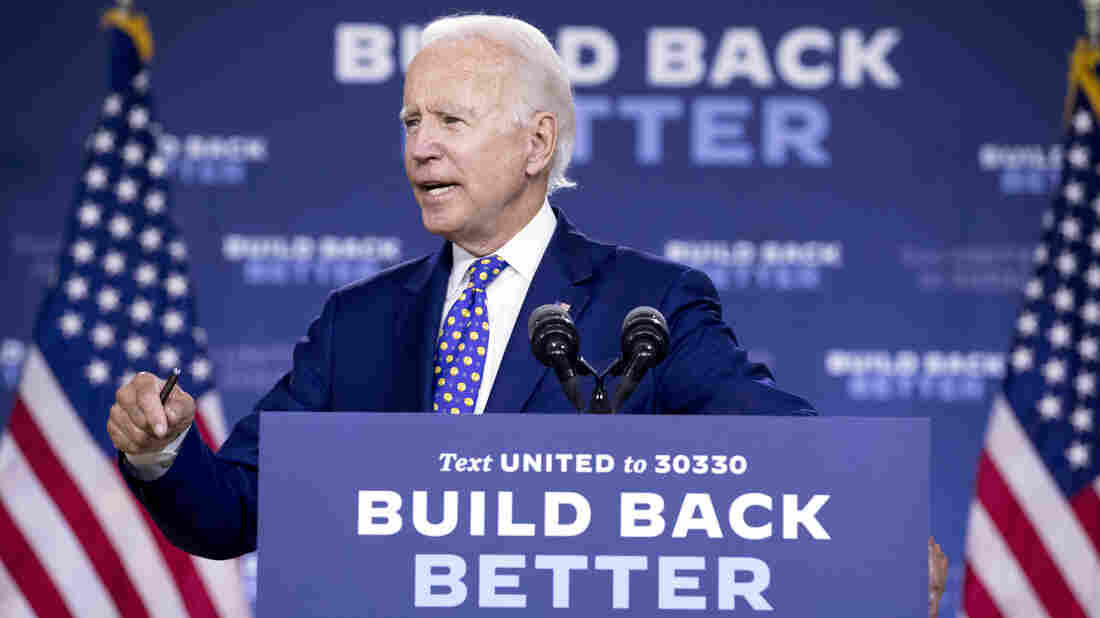 This week, the Biden campaign released its fourth and final plank in the former Vice President’s package of economic ideas: a plan for racial economic equity. It’s a 26-page rundown of policies ranging from a plan to boost small businesses to a first-time homebuyer tax credit.

But contained in the plan was a less-flashy proposal: asking the Federal Reserve to explicitly take race into account when it sets policy.

“Within its existing mandate of promoting maximum employment and stable prices, the Fed should aggressively enhance its surveillance and targeting of persistent racial gaps in jobs, wages, and wealth,” the Biden plan says.

What the Biden team is proposing isn’t a total overhaul of monetary policy; rather, it’s more of a refocusing of the Fed’s attention onto America’s wide racial economic gaps, as well as making sure that the Fed talks about those gaps.

Monetary policy isn’t known for targeting particular subgroups, however — the Fed’s main tools are more sledgehammers than scalpels. It’s possible that the policy could play a part in shrinking gaps considerably, but there is some dispute over how effective it would be.

What Biden is proposing

Biden is proposing that the Fed pay attention to racial gaps in making monetary policy, and also regularly talk about those gaps.

(He’s also proposing greater diversity in Fed hiring, as well as backing a “real-time payment system” the Fed has proposed to allow faster bank transactions between people and businesses. This article is going to focus on typical monetary policy, however.)

A quick refresher on what the Fed does: it has what’s called a “dual mandate,” meaning that by law, it has to pursue two aims: to both keep inflation in check and maintain “full employment.”

The idea has been to get unemployment down to a level that is as low as possible, without getting so low that inflation picks up.

Its main tool in doing that is manipulating interest rates. Pushing interest rates downward is like pushing on the accelerator; it’s supposed to speed up the economy, because lower interest rates help spur investment and borrowing. (For example, think about how people say it’s a great time to buy a house when mortgage rates are low.)

“Based on historical relationships, a 4% overall rate translates into something like an 8% overall rate for Blacks, and that’s a recessionary unemployment rate,” said Jared Bernstein, who was Chief Economist to Vice President Biden and is familiar with Biden’s current proposals. Bernstein also co-wrote a June paper that advocated for the Fed shrinking racial gaps.

Bernstein makes the case that the Fed could keep monetary policy loose without sparking runaway inflation. Unemployment was at historically low levels before the pandemic, but it didn’t appear to be sending prices spiking upward.

All of that might mean the Fed would decide to hold interest rates lower for longer, Bernstein said. The hope would be that more of the the (disproportionately Black and Hispanic) people remaining unemployed are hired, without inflation also increasing.

In addition, Biden is proposing that the Fed talk more about racial gaps. Specifically, he would want to amend the Federal Reserve Act so that when the Fed chair goes to Capitol Hill to report on the economy (as the chair is required by law to do), they would also report on racial gaps.

Those gaps go well beyond jobs; America has some gaping wealth disparities. the median white family has 10 times the wealth of the median Black family and 8 times that of the median Hispanic family, according to Fed data.

For his part, President Trump has touted the record-low unemployment levels that Black and Hispanic Americans hit pre-pandemic as proof that his economic policies benefit people of color. However, in recent weeks, he has also used the rollback of a housing policy designed to combat bias in an apparent attempt to play on white voters’ presumed racist fears.

Trump has had a rocky relationship with the Federal Reserve, as well, often criticizing Chair Jerome Powell when Trump thinks the Fed has not boosted the economy aggressively enough.

One former Fed governor believes that just the communication part of the Biden policy would play a big part in shrinking racial gaps.

“I think that you could go a long way simply by saying to the Fed, ‘Look, we want you to report on a regular basis about the gap between Black unemployment and white unemployment, and how are your policy choices likely to influence that gap?'” said Narayana Kocherlakota, professor of economics at the University of Rochester and former president of the Minneapolis Fed. “I think anything the Fed has to pay attention to in its reports to Congress or the public immediately flow into decision-making.”

He also sees past Fed policy as being too tight and thinks paying attention to racial economic gaps would prevent those kinds of moves in the future.

“I think it really would put an alert on the Fed about tightening too early, which I think unfortunately, I think we saw a lot of in the last slow recovery from from the Great Recession,” Kocherlakota said.

But then, not everyone agrees that the Fed should be targeting racial gaps. Former Congressional Budget Office Director Douglas Holtz-Eakin told the Wall Street Journal earlier this week that he thinks this type of Fed policy would be “a long way from their traditional mandate.”

In addition, it’s also possible that such a policy wouldn’t be very effective at shrinking gaps. That’s the view of Sandy Darity, an economist at Duke University.

“I don’t see any way that aggregate interest rate policy will reduce the gap,” Darity wrote in an email to NPR. “Since the unemployment rate gap is an index of the degree of discrimination in employment in the economy, and interest policy has no impact on discrimination, I have no idea why anyone would believe conventional Fed monetary policy cold have an effect on the black-white ratio of unemployment rates.”

He added that he would prefer the Fed to instead “play a direct role in financing reparations for black American descendants of U.S. slavery.”

Biden has said he supports a study of reparations, but his racial equity plan does not call for that kind of policy.

“No one is claiming that this idea by itself would close racial wealth gaps,” he said. But he added, “I think it would be a big mistake to underestimate the benefits to persons of color of persistently tight labor markets.”